Book Review: House of Many Ways by Diana Wynne Jones 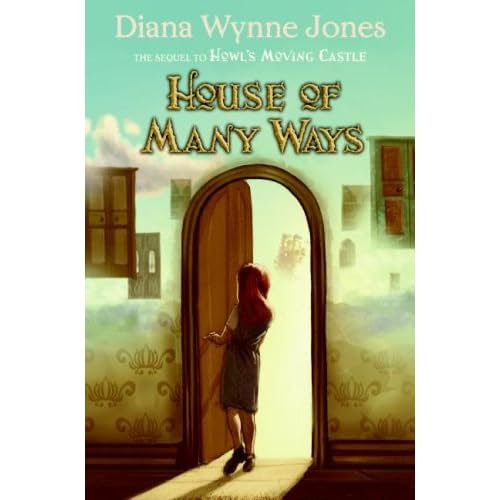 Book: House of Many Ways

To her own amazement, Charmain Baker has been shuttled off to take care of Great-Uncle William’s house while he’s away. At last, a chance to do exactly as she pleases, which is mostly to read on her own without the intrusions of her parents. (Not that I blame her.) But when she arrives, she discovers all sorts of mischief afoot besides the disaster area inside the house--rebelling kobolds, a singularly helpless apprentice wizard, a house that regularly changes its insides, and a mystery at the palace. She may just have found something that’s more interesting than her books . . .

I love Diana Wynne Jones because she writes people with flaws. She has characters that are selfish, vain, downright silly, stupid, and any host of other undesirable traits that would prompt immediate intervention in many other books, but Diana Wynne Jones simply points everybody’s flaws at everybody else and says “Off you go then,” to hilarious results. It’s only the truly wicked who come to sticky ends, and everyone else feels quite real.

The best example is Charmain herself when she encounters a house that hasn’t been looked after in quite some time. Instead of an industrious little girl who rolls up her sleeves and tackles the mess, you get Charmain, who ignores it in favor of more interesting things. On the one hand, we’re used to tidying-up happening when a mess is encountered. On the other, how many of you know a twelve-year-old who would do that without an adult around to prod them along (quite forcefully?) The house is only put in order when the incovenience of the mess far outweighs the drudgery of cleaning (which sounds awfully familiar, now that I think about it).

Fans of Howl’s Moving Castle will relish the chance to meet up with Sophie and Howl again. One character’s supposedly adorable lisp did wear on my nerves a tad, but then I realized it was meant to be annoying, and also quite true to the character. Pick this book for a grand old time in Diana Wynne Jones' world.
Posted by Bibliovore at 8:24 PM