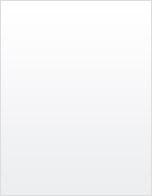 Nina was the kind of girl who captivated everyone, especially her own younger sister. Ever since her sister disappeared, Ellie has floated through life, clinging to the belief that one day she will know what happened. But now, two years later, everyone but Ellie has stopped believing that Nina will ever return.

When Ellie finds one of her sister's sketches in a box of junk at a second-hand shop, nobody believes her that this is The Clue--the one that will eventually lead to Nina, to how and why. The only one willing to help her is a boy she's just met. Together, they set off cross-country, following a tenuous trail of clues in a quest for answers--even the answers Ellie might not want to hear.

Okay, I admit it. I read the end, so I knew the great twist. (You think I'm going to tell you? Pft!) But I have to say that knowing it didn't weaken the story, except that I read a number of things differently. It'll be a great read both times.

A great deal of the plot hinges on unlikely coincidences--Ellie happening to look at the right ad on a lamppost while recalling the right memory, for instance. For me, this contributed hugely to the charm of the book. There's something quixotic about their tenuous trail through tattoo parlors and underground indie concerts. But if you need to be able to bounce a quarter off your plots, this may not be the book for you.

It may seem like a contradiction in terms that the process of following the trail of an overshadowing sibling will teach a young woman exactly who she is, but that's just what happens in Wherever Nina Lies, with captivating results.
Posted by Bibliovore at 9:45 PM

Great review, I love books with twist endings I'll definitely be reading this one.

Sounds good. I love a twist and am always excited to discover a new voice. I'll have to check it out.

Thanks for sharing your thoughts!